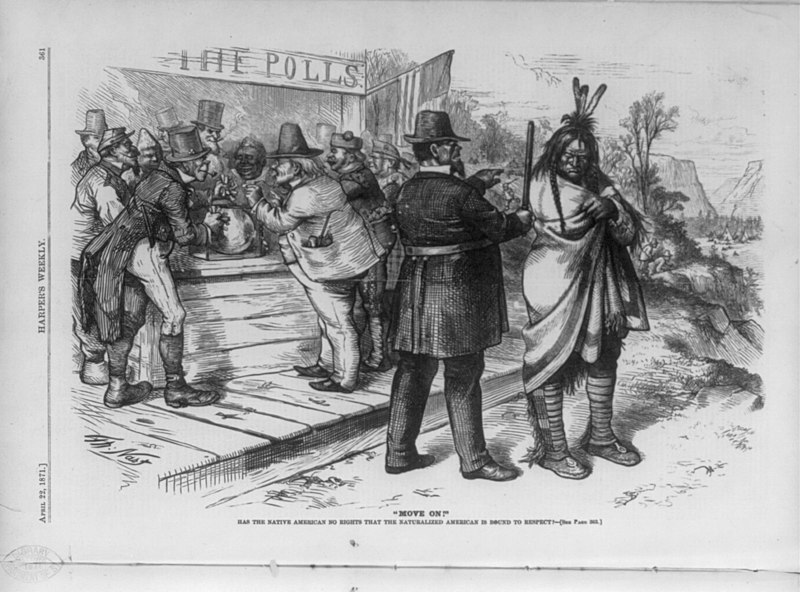 “‘Move on!’ Has the Native American no rights that the naturalized American is bound to respect?” by Thomas Nast. This image is in the public domain. Credit: Library of Congress.

Welcome to Blood for the Ballot, the story of the struggle of the Eastern Band of Cherokee Indians in North Carolina for both citizenship and voting rights, in relation to the wider history of Native American citizenship struggles. For centuries the legal status of Native Americans in the United States has been fluid. That uncertainty has often been used to justify the suppression of Native American political rights, and attempts to overcome this legal gray area took many generations to succeed. In an era of renewed efforts to restrict the franchise in many states, Blood for the Ballot examines the efforts of the Eastern Band of Cherokee Indians and their efforts to overcome persistent voting suppression on the part of local election officials.

Their struggle is a fascinating example of one group’s ordeal in the face of disenfranchisement, which itself is part of the larger history of Native American struggles with citizenship, an often overlooked chapter in the history of American civil rights.